As we look at the March Madness bracket and its funnel-like structure, it’s easy to notice parallels between the funnel commonly used by marketers.

Lead generation is a key part of any digital marketing strategy that allows a business to convert potential leads into customers. By collecting information as leads consume valuable content or submit website forms, marketers are able to track their buying journey. With three sections broken out as top, middle and bottom, lead generation funnels resemble March Madness brackets.

How, you ask? Let’s break it down.

Let’s start at the top of a simple lead generation funnel. It’s comparable to the first two rounds of the NCAA tournament, which features 64 teams participating for a chance to progress to the championship. This is comparable to the abundance of information and products in the marketplace. The audience is largest at the top of the funnel because you’re covering broader pains and concepts while trying to separate your brand and messaging from competitors. This content is typically designed to attract traffic and features simple conversion points such as email opt-ins or guides.

At the top of the funnel, the goal is to reach your audience, which is no simple task. And neither is completing your March Madness bracket. Your little sister might choose winning teams based on their mascots but doing additional research on records and stats can help educate your bracket choices.

In order to begin gaining leads in the lead generation funnel, you must identify your audience and competitors and develop content that can be used across traffic sources. In B2B marketing, traffic can come from three sources: paid media, owned media and earned media. The key is choosing the right content for your audience’s touchpoints.

As for the middle of the funnel, think of it as March Madness in full swing. As the tournament continues into the middle rounds and teams progress, the bracket narrows. When translated to lead generation, customers move through the funnel as a result of successful lead nurturing.

Along with lead nurturing, lead scoring (more on this later) helps move customers through the middle of the funnel by determining their sales-readiness. Both tactics push leads to the bottom of the funnel to convert them into customers, which is the goal of the lead generation funnel. In March Madness, the bracket narrows, leaving only the top teams in the Final Four.

As teams advance through the first few rounds of the tournament, competition heats up. If they don’t continue to work hard and make adjustments, they may be eliminated. The progression through the tournament rounds is similar to lead nurturing. Lead nurturing is the process of developing relationships with buyers at any stage of the funnel.

Although new leads may have opted-in, responded to CTAs or filled out submission forms, they are not always ready to buy. In fact, 50% of qualified leads are not ready to make a purchase when they first convert. And when new leads are not maintained, they can get lost in the funnel or snatched up by competitors. This is where good lead nurturing practices should be added to marketing strategy.

As the funnel progresses, there are always typical leads or those that fit your target audience perfectly. Their lead nurturing strategy is nothing out-of-the-box. Think of those leads at the No. 1 and No. 2 seeded teams in March Madness. These teams have the best records, are the most qualified to be there, and have a history of tournament success.

But it wouldn’t be called March Madness, if there wasn’t a No. 16 seed that makes a run. Think of this underdog as an unexpected lead. The unexpected lead might not fit the funnel or could generate more income than expected. In this case, the lead nurturing strategy may need to be altered to allow the lead to continue through the funnel. In basketball terms, the No. 16 seed will need some extra preparation and a few upsets to continue advancing.

Regardless, a good lead nurturing strategy is crucial to help continue to build awareness and recognize tactical success. As your new lead (future prospect) gains additional insight into your product offering, you can track which tactics help your brand remain relevant and garner higher engagement. As similar leads enter the funnel, you can apply those tactics to help them move forward.

Selection Sunday are words March Madness fans love to hear. It’s when the selection committee selects the 64 teams for the tournament based off regular-season play. The teams are placed in four different sections of the bracket and seeded based on how they’re expected to perform. Seeding is taken into consideration by thousands of Americans as they attempt to fill out the perfect bracket.

In lead generation, the process of ranking is called lead scoring. Lead scoring is essential in moving the highest quality leads to the bottom of the funnel. It helps align sales and marketing to convert prospects into customers. Lead scoring is a methodology for ranking leads to determine their sales-readiness. Depending on a lead’s score, they can either continue to be developed with lead nurturing or can be fast-tracked to sales.

Based on past performance, higher seeded teams have a better chance of making it to the Final Four. That’s why they rank higher and you choose them to move forward in your bracket. In lead generation, a high-scoring lead requires less nurturing and can move through the funnel quicker.

All the practice, game preparation, travel and winning is for nothing, if a team loses in the final. It all leads to the final game to determine who will be this year’s National Champion.

But for lead generation, the funnel leads to a sales consultation and closed deal. The marketing funnel is put in place to empower sales. When structured properly, the lead generation funnel can successfully transition potential leads to customers. A successful sale equates to a National Championship trophy. Now that’s strategic marketing madness.

Still looking for lead generation ideas and help with your strategic marketing services? Contact us to learn more about our approach to modern marketing and how we can help.

Learn how Marketri helped a young financial services firm exceed their marketing ROI by 260% and develop a strategic, multi-channel marketing program designed to drive quality leads and nurture them through the revenue funnel. 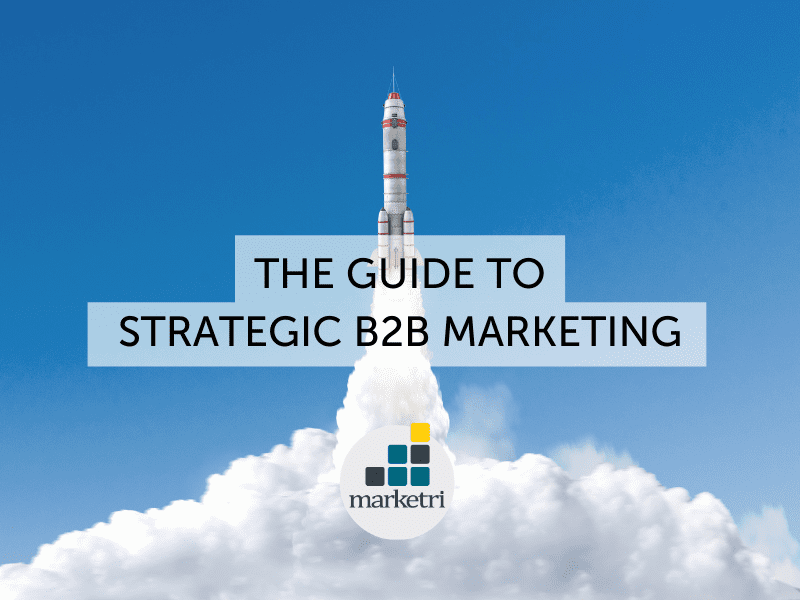 Learn more about how we can help you on the journey to profit-center marketing. Our guide explores common options for companies that want to make the most of their marketing spend. 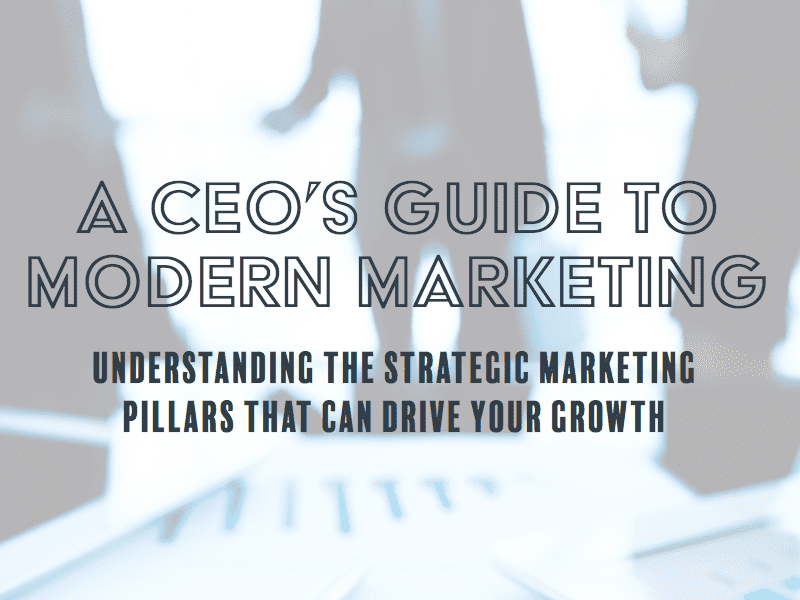 You’ve decided you’re ready to drive your business’s growth by embarking on a strategic marketing effort. But getting started can feel overwhelming. How do we decide what to do? What marketing approaches are best for our business? Who can make this all happen? How will we measure results?